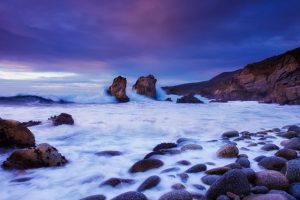 Just like us humans, our planet is also constantly evolving or regressing, unfortunately. Global warming is one of those responsible for several disasters that damage our planet. One of the things that climate change has brought about is major changes in the stability of the ocean faster than anyone imagined.

Scientists know that the oceans are getting warmer and that sea levels are rising. But that’s not all that’s happening. Now, because of satellite observations, scientists have data for three decades about how the velocities of ocean surface currents are also changing as time passes.

And in new research published this month, scientists detailed their findings about how ocean currents have become more energetic in large parts of the ocean.

Looking at the ocean from an aerial view, it is possible to see some circular motions in the water. They are called ocean eddies. They measure anywhere from 10 to 100 kilometers in diameter. Whirlpools are found throughout the ocean , having certain regions richer. For example, the Gulf Stream in the North Atlantic, the Kuroshio Current in the North Pacific, the Southern Ocean that surrounds Antarctica and, closer to Australia, the Eastern Australia Current.

These eddies are part of ocean circulation. They are the ones who move hot and cold water from one place to another. They mix heat, carbon, salt and nutrients. All of this affects ocean conditions both regionally and globally.

One way to monitor movement on the ocean’s surface is to use specialized and powerful satellites that orbit the Earth. And even if the satellites are thousands of kilometers away, they can detect even a few centimeters of sea surface elevation change.

Therefore, scientists can, through data analysis, take the change in sea surface elevation and translate it into ocean flow velocity.

Looking very carefully, the team found clear changes in the distribution and strength of ocean eddies. Changes that have never been detected before. 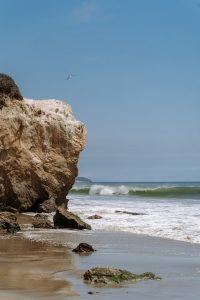 The researchers analyzed available data from 1993 through 2020 and analyzed changes in the strength of ocean eddies around the world. They found that eddy-rich regions are getting richer. And the eddies are getting up to 5% more energetic every decade.

And with satellite records, researchers can draw solid conclusions about likely long-term trends in their behavior.

Swirls play an important role in the planet’s climate. They regulate the mixing and transport of heat, carbon, biota and nutrients in the oceans. Because of this, this new research could have far-reaching implications for future climate.

Furthermore, scientists have also known for decades that eddies in the Antarctic ocean affect ocean circulation. And with the observed changes in the magnitude of the eddies, this could impact the rate at which the ocean removes heat and carbon.

Even so, eddies are not taken into account in climate forecasts. And that’s what this research emphasizes. That it is crucial that they are incorporated into future projections. And not doing so is neglecting a critical detail.